In the 16th Century the Headlam estate came into the possession of the Birkbeck family, originally of Hornby in Cumberland, through the marriage of Thomas Birkbeck into the Lancaster family of Stockbridge, Westmorland.

The second son of Thomas, Henry "of Headlam" soon inherited the new family estate. He married Anne, daughter of Henry Brackenbury of Selaby, and the two of them were responsible for the construction of Headlam Hall at the turn of 17th Century. As a gift to his wife, Henry had an elaborate oak fireplace installed in the main hall with the Birkbeck coat of arms displayed in the centre of the mantle. This feature still stands in pride of place to this very day.

The descent of the Birkbeck family thereafter was through the female line. By the mid 18th Century the property came into the possession of Lawrence Brockett as a result of his marriage to Anne, the great, great granddaughter of Henry and Anne Birkbeck.

The Hall then remained with the Brockett family for the next century and a half. The best known member of the Brocketts was the youngest of Lawrence and Anne's five sons, also called Lawrence. He became Regus Professor of Modern History at Cambridge by the age of 38, but died five years later after falling from his horse. He was buried at Gainford by torchlight, probably the church's last nocturnal burial.

The Brocketts were responsible for the alterations and re-building of the south wing and west elevation during the Georgian period. The addition of the north wing as a servants quarters in 1912 utilised stone and material from the demolition of an older dwelling to the east of the courtyard.

In 1912 the property was acquired by Lord and Lady Gainford (J.A Pease, M.P.), where they lived until their deaths in the early 1940's. The Hall then belonged to the Stobart family up until 1977 when it was acquired by its present owners, the Robinson family, who have farmed at Headlam for four generations.

Headlam Hall was purchased by John & Ann Robinson in 1977 as it was an opportunity to expand their neighbouring farm. At this time the Hall was more of a liability than an asset and was in a poor state of repair with a leaking roof and an overgrown garden that yielded 57 bales of hay on its first cut! It soon became apparent that the Hall needed an income to help with the costs of maintenance and up keep so work began to make the main ground floor rooms and a handful of bedrooms suitable for letting to private parties.

In the early days it was very much a low key concern with Ann Robinson doing the cooking for the occasional dinner party and guests often being left to 'fend for themselves' with an honesty bar in the corner of the main lounge. Customers consisted of shoot parties, some local companies including DSRM and Rothmans and occasional visiting families from the USA. We did have the privilege of accommodating some interest guests during this period including Count Cinzano, Count Zanon (an influential figure in Formula 1 in the 70's and 80's), Senator Flowers and the then President of France!

In these early days the layout was quite different to what you see at Headlam Hall today. The Main Lounge and Drawing Room were pretty much as they still are but the room that is today the Cocktail Bar was a dining room (with one big table), the Victorian Room which now forms part of the restaurant/bar was the kitchen (complete with Aga and wooden kitchen table), the reception area as we know it now was a Breakfast Room, the Panel Restaurant was a store room and no conservatory. The area that is the kitchen today was a garage and home to an old Rolls Royce that was used to take guests on tours of the area! Across the courtyard the Coach house was a hay barn for the stables that stood where we now have the Stable Lounge and the Edwardian Suite was an open stable yard.

As time moved on more areas of the Hall were re-furbished and the initial six letting bedrooms grew to become sixteen by the mid-eighties with a full-time chef now employed along with John & Ann's daughter Clare and a handful of local staff.

Wedding receptions were catered for in a marquee to the front of the Hall in summer months and conferences were a growing part of the business along with a steady local restaurant trade.

At the start of the 1990's Headlam Hall stepped up a gear in what it had to offer. The Coach House was developed into an additional nine bedrooms, a resident's swimming pool with sauna and the Edwardian Suite. The kitchens were also moved into what had been the garage as extra space was required. It was at this time that David Jackson joined as General Manager/Chef and brought a new level of hospitality experience to the operation. In the late 1990's a larger conservatory was added (the Patio Room) and the six 'Mews' bedrooms were developed along the drive from stables and stores. The family horses were relocated yet again to stables at the top of the farm! John & Ann's youngest son, Thomas, had now joined the hotel team and eldest son, Simon, was running the family farm. By the year 2000 Headlam Hall employed over 40 staff.

Following the foot and mouth outbreak in 2001 it was decided that rather than re-stock with cattle on the farm it was an opportunity to develop the pastureland to the east of the hall to create a 9 hole golf course. Work began in 2002 and the course along with pro-shop and driving range opened in May 2004. The next venture was arguably the most ambitious in the growth of Headlam Hall over the years, that being the creation of a new spa with an additional seven guest bedrooms.

After a good three years in the planning stages work began on the new spa in November 2005 and was completed by the same month in 2006. This new area of the business also meant a significant increase in the number of employees and the total was now in excess of 70.

On the back of the success of the golf and spa developments further work was carried out across the hotel including the new Orangery that opened in April 2009 to replace the old conservatory and upgrading a number of bedrooms. These improvements and the efforts of the team of staff all contributed to Headlam Hall being voted North East Small Hotel of the Year 2009 and allowed us to achieve a 4 star rating in April 2010.

Between October 2015 and March 2016 the largest single restoration/refurbishment ever undertaken in 'one hit' took place and included work across all areas of the hotel in a drive to take the standard of facilities and accommodation to the next level in order to meet and surpass ever increasing guest expectations.

A Headlam Hall gift voucher is a great idea for a birthday, anniversary or special occasion present. 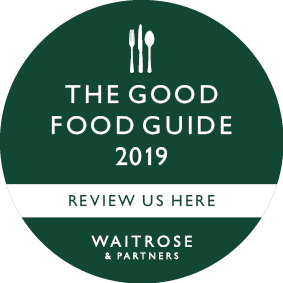 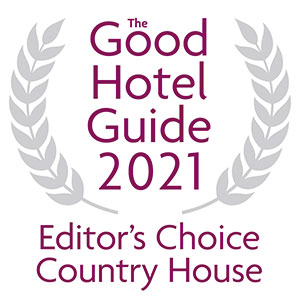 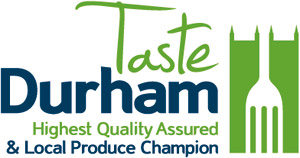